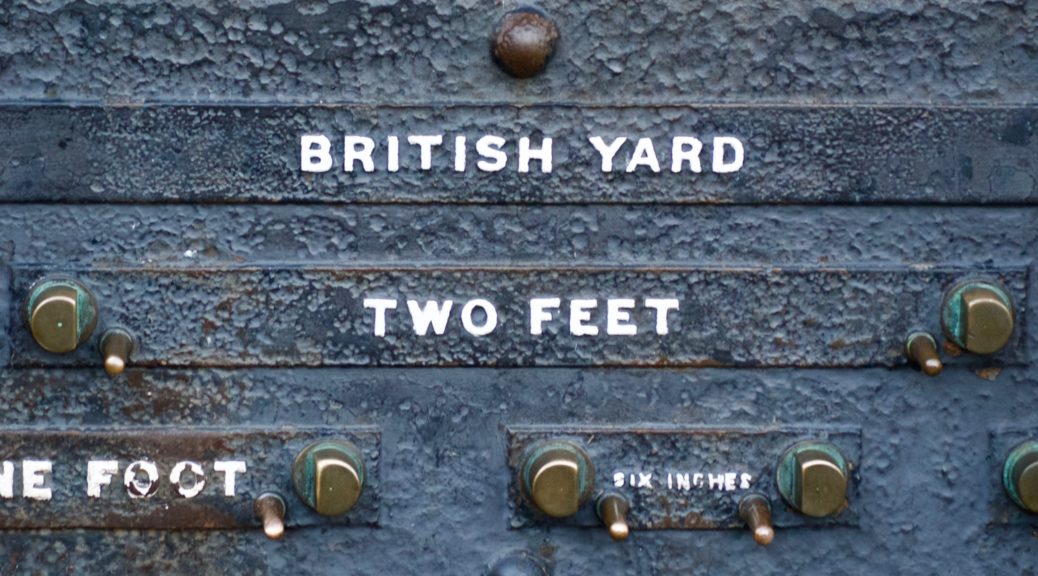 We rely on common standards every day, whether in time, currency, postcodes or browsing the internet. But standards don’t just appear. Measurement systems tend to evolve organically according to local needs, and standardisation is the difficult task of bringing them all together.

Historically, standardisation has been driven by economic or political necessity. Silver “sterling” pennies were used throughout the Anglo-Saxon kingdoms long before King Athelstan standardised the currency to help fund the Danegeld (the massive protection money paid to the Vikings). The pound was originally a weight of silver but evolved into national currency standards (the pound Scots was dropped with the Act of Union). The gold standard - linking currency directly to gold quantity - was adopted by many countries in the 19th century to head off an inflationary crisis. This led to the creation of international exchange rates, a system that has outlasted the gold standard itself. Despite its eventual scrapping, we still use the term gold standard to describe a process which is the best available, particularly in medicine.

Like the pound sterling, the Stirling pint is a regional measurement turned national and was roughly 3.5 imperial pints. This should remind us that weights and measures are historic in name only; “pounds”, “pints” and so on have meant different things in different places over time, and standardisation is an ongoing process. National standards were often driven by the practicalities of goods taxation and international trade. The imperial measurement system was spread across the world by the British empire - and rapidly dropped by many of the countries as they gained independence. Britain still retains a few imperial measures in official use, such as pints of beer, but most peculiarly is the mixing of metric and imperial for official distance measurements: miles for long distances but metres for short distances. But mixing units can be disastrous; Nasa’s Mars Climate Orbiter was destroyed due to an imperial/metric mixup by one of its contractors. And Christopher Columbus messed up his circumnavigation calculations by confusing Roman and Arabic miles. But changing a standard can be notoriously difficult - banks can spend billions of pounds merging incompatible IT systems. And changing standards can be unpopular (even if ultimately beneficial), such as Sweden’s “H-day” in 1967, where the entire country switched to drive on the right in line with the rest of continental Europe.

Nowadays standardisation is increasingly important in technology and communications, and this is even recognised by a World Standards Day. It might seem a miracle that the internet crosses national boundaries, and your phone and electronic devices work in different countries, but this is actually due to decades of hard work. Technologies come and go, and there are the regular battles between the likes of VHS and Betamax, but eventually (and with appropriate nudging by governments and international standards agencies), sanity often wins out and standards emerge.